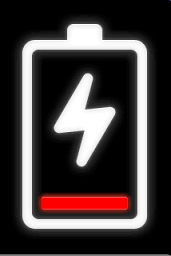 This week I set myself a challenge. I did not in any way leave writing my weekly wittering until the altogether too late, I definitely wanted the challenge. Definitely. I asked the good people of Twitter, and the mediocre ones (I don’t discriminate), to posit topics. Upon my selecting one, the world would be blessed with something hopefully less than a page of incoherent drivel. Or should that be ‘more than’? Either way, there wasn’t much on the telebox.

The topics came thick and fast, more thick than fast really, but @paarincess came up trumps (hopefully it didn’t smell too bad). She suggested the following:

@MittenDAmour if you were down to your last ever 11% battery life what would you say to the world?

Quite the puzzler for one so verbose and with such an appetite for the linguistic gymnastics – how could I resist? A mere 11% of phone battery, and me, so addicted to all things social media? Who would I contact? What would I say? How many photos of Whore Cat would I be able to squeeze in?! We shall have to assume that I would be able to find my fancy-pants all singing and jazz dancing digital camera, so the latter is never really at risk of limitation (I know, you’re SO pleased), so it really boils down to the ‘who’ and the ‘what’.

Who would I contact with my last ever 11% phone battery? Possibly the last long distance conversation ever to be had. Those treasured souls I hold dear on the other side of the country, the other side of the world even; whose formerly familiar dulcet tones and tinkling laughs I would never hear again. Imagine choosing just one, knowing that you might never be able to say “I love you” and hear the warmth of affection swell in the chests of all other far-flung friends.  Then again, there are the select few who have never suffered the full wrath of a PFPT verbal biro-stabbing, and who would benefit greatly from hearing first hand how much they have in common with the rancid anal passage of a decomposing badger. Having said that, the pizza place up the road has a special on extra-large double pepperoni and they deliver within 30 minutes.

Perhaps the ‘who’ would be best decided by the ‘what’. What would I say to the world, regardless of who was listening, who might read my earnest final inner musing on Twitter or Facebook? Would I confess my sins and finally own up to being the one who left the little pile of tummy mud on the village cricket pitch the night before a match? Would I impart some long treasured rubies of wisdom upon those I hold dear to me? Rubies such as “don’t forget it’s your turn to buy the sodding wine”. Maybe that 11% would be best spent baring the bones of my private nature to all, showing my true array of colours and soulful depths, but I think the world has already heard plenty of my fart jokes.

Suddenly 11 is a tragic number, a number full of urgency and profound conflict. 13 wishes it were half as unlucky as the 11 in this quandary. 11%. Not enough for a full rambunctious carefree conversation, not enough to Facetime a long-forgotten friend to make amends eye-to-out-of-focus-eye, not nearly enough to compose an email of send-to-all memoirs and legacy-making bon mots. That sad 11%, the eventual 10, 9, 8 towards the death of your phone, forever silent, bringing no ping of delight, no trill of news, no buzz of laughter.

But after all the philosophising and agonising, it’s really a moot point. You see I own an iPhone, so with 11% battery I would probably just shi